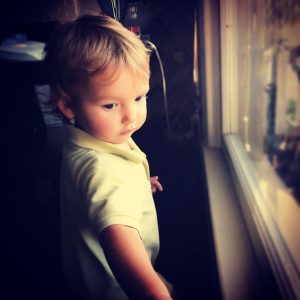 We Moved. It was a lot of work to get moved and it would not have been possible without the help of many good friends. Thank you Dad, Dwayne Blankenship, Jonathan Walden, Roddy Fischer, Danial Fischer, Chase Wolford,Cameron Frickie, and the wonderful IT department at Classical Conversations.

We are moving to North Carolina. The thing is we have been trying to get our house on the market for a while now. This has proved difficult with 5 kids and even when I am home (insert air quotes here) it is hard to get work done on the house. We have fixed the broken things on the house, paint, carpet, switch plates, crown molding,  base boards, door handles, and other stuff a 5 year old can break.

I must confess I am not resting in Christ very well for this move. First is the issue of timing.  The kids are registered for school, CC, which starts in August. Second is Stacey supposed to tutor Challenge 1 in August and besides the timing issue is that she doesn’t have any students registered for her class yet. We usually need the money from her tutoring to pay for the kids CC tuition.

I know God is in control and these are relatively little things to a great big God but I find myself stressing out and not trusting Him.

So this post is me trying to remind myself of His matchless grace and love for me. I know I will look back at this post and see God at work.

OK. So to clarify my post title, I love my new job and the new place (Pinehurst and surrounding areas). I hate not having my family here. I miss them so much. I even found my self driving by the park where my kids played while they were here. You might think it would be nice to not have to deal with the craziness of a five kid family but I can’t stand it. The chaos us music to my ears.

I am excited with my new position at Classical Conversations.  The impact for Christ through the education of kids everywhere is awesome and the potential ways we can be salt and light to this world is super cool. The CC folks have welcomed me with open arms and have resonate me feel at home. I am overwhelmed with all the areas I can work on at CC and can see that I am going to have to prioritize some things as to keep my self sane. Right now I am still figuring out what systems are in place and what all CC has that needs to be worked on. I love that they have so much already to build on.

I an praying for our home in Birmingham to sell so my family can come here soon. 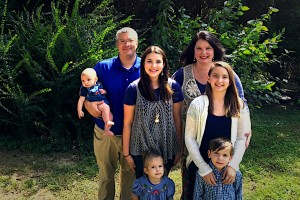 I am almost finished moving all my websites to the new server. It has been time consuming but pretty smooth.

Meanwhile the kids are now on Thanksgiving break. They still have schoolwork to get done and  they “love” that….NOT!

Very exciting, Anna is learning how to drive. I am watching my hair turn grey daily.

Stacey has the menu planned, the food and recipes lined up and ready to be prepared.  Makes me hungry just thinking about it

I am very thankful for my family. This has been a tough year. God has been faithful and I am humbled by the grace he continues to shower on us. I look forward to seeing what he is going to do in our lives this next year.

Florida mornings are just starting to get a little cool. The grass got my socks wet when I went to get a diaper out of the car. It smells crisp and clean outside but still warm enough to have no seeums bite you if you are outside too long.

The funeral for Zane was today. I was sort of dreading it all morning.  Mostly because I don’t know how to best comfort Damian so selfishly I am uncomfortable.

All this last week has been emotional and the overwhelm of grief comes in waves.  I have had my ups and downs but I was not prepared for today when seeing the casket.  It was so small that my heart just clinched up and the tears came all over again.

His casket is 24″ long by 12″ and is a “Kelly Green” color. The color was chosen because Zane’s middle name is Kelly. Damian and Michelle named all their kids a color as their middle name.

The cemetary smelled like sand and freshly cut grass.  The service was short but very nice. The promise of eternity is supposed to comfort but if I am being honest it seams trite. I know, I know but I can’t help but grieve for the loss of a son, brother ,cousin, nephew and just a baby. The peace is not yet fully realized.

Yesterday was one of the hardest of my life. My brother-in-law and I admitted MIchelle to a mental facility. After the lose of her 20 month old her mind made a break with reality. It was very hard to watch. She will most likely miss her son’s funeral. To say I am heartbroken is not enough. I can’t articulate to pain my heart is feeling. Today family will be here and things must move forward. 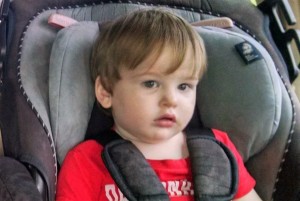 Zane Jones drown tonight. He was not yet 2 year old. Our family is heartbroken and overwhelmed with grief. The platitudes ring hollow and comfort is fleeting.

Out friends are very sweet and I am humbled by thier generosity and love for us.

My heart just won’t stop melting with the thought of lost dreams and uncreated childhood memories.  Zane’s parents, my sister and her husband face pain and sorrow like no one should ever have to. I fear for the inescapeability of the loss of Zane and what it could do to the relationships in our family.

The reality of this loss has not yet started to sink in and the months ahead are going to hold many tears.  I know God has not abandoned us even though it feels like He has.  I am pushing through this fallen life with the hope and strength in the promise of the enternal life we have in Christ.

Meanwhile we still hurt and cry.

So I am on the phone with a friend while watching “the littles” from a distance.

I hear Naomi scream which is not uncommon especially if the two littles are playing together. It is usually a scrap about not sharing a toy or some other globally impacting offense.

So I start to saunter down to where they are playing when Levi starts screaming, swatting and running in circles. All logical activities if you are being pursued by a very unhappy hive of Yellowjackets.

I end my phone call abruptly and ran as fast as a forty somthin’ fat man can run. I picked them up one under each arm and ran back up the hill (it had to be up hill) and into the house.

The “littles” by this time have escalated to an all out ear piercing scream. Stacey Smith Fischer heard us coming and has dumped the baby into the arms of the disgruntled teenager.

I run up the stairs two at a time with Stacey in my wake. We get the shower running and start stripping toddlers. Then we notice that a few ok, five, Yellowjackets were hiding out in the clothes and are now buzzing around the bathroom. Of coarse they are no match for Stacey, the master wielder of the flyswatter.

Of coarse the pre-teen has to stick her nose into everything and this time it bit her. No literally, one of the not yet slayed by Stacey, Yellowjackets stung Abbi on her ear. She ran out viciously shaking her head and flailing her arms down the hall and into Levi’s room where she laid in the fetal position screaming. The level of scream that she produced is still ringing my ears as I write this post.

Sweet Naomi had 7 stings and as Levi’s running in circles tactic must have worked he only had 4 stings. They are soaking in a way too full bath and the pre-teen is still crying.

I was nudged awake this morning at 3:20, ” Please go make a bottle for the baby.” I hear the now stirring but not yet screaming baby.

I shuffle like a creature from a “b” rated horror film down to the kitchen. I turn on the faucet and air hiss like my daughter’s bike tire hit a nail, no water. My brain is processing…no water, no water, NO WATER!

After checking for leaks and open valves we call water company. Our littleish town doesn’t have a big water company so they have to wake someone. He calls us back and we troubleshoot to discover it has to be my water regulator valve. I have no clue where that little gem is hidden in this new house.

So now I am on a hunt for the regulator. I know what it looks like and that I should be close to where water meter outside comes in the house.

Ends up it is in basement area in Anna’s room. I turn on her light and start moving ceiling tiles to get to the pipes. Anna, blinking awake in slurred speech, says “what are you doing?” I tell her about the water. In a pillow muffled voice she tells me “the pipes were making a noise so Abbi came in my room and fixed it by tuning some valve.”

Come to find out the hose outside was left on and they fixed it by turning off the valve to the whole house.

Whew! No money to fix, just lost sleep which I get little of anyway these days. 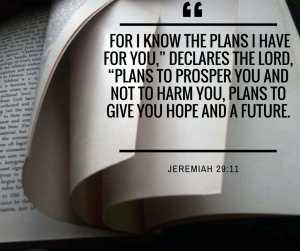 I am excited to announce that I no longer work for EarthLink.

Let me take a minute to thank my EarthLink team. I managed an incredible group of talented and passionate people. They have become like family to me. I am grateful to them for their loyalty, respect and friendship. I have always felt that the way to get more from your employees is to empower, respect and listen to them and this team proved out this method. This team has not missed a cost savings goal in 12 years. This is an amazing accomplishment as last years savings goal was $39 million reduction of monthly network cost. Our group achieved $41 million, $2 million over our stated goal. Thank you team for the hard work, the overtime and the ongoing battle to be fantastic. It has been my pleasure to lead you.

This change is not without some sadness and fears. I am sad to leave people I care about and a little fearful of doing new things. Mostly though I am excited to face new challenges and learn new things. Those who know me well know how much I love to learn. I am always reading about the next new challenge and listening to podcast of those who are on the cutting edge. I am the early adopter that the tech companies love.

I have been so blessed to be able to use my skills and to enjoy the work I do. I am excited to see where God puts me next.

I will be taking the next couple of weeks to evaluate and even interview with companies that could use my skills to determine if that is where I can make the most difference. This is truly a new chapter in our journey. As such my family is open to whatever changes are necessary. Our family is ready to move to another city, state or country if the opportunity is right and God leads us there.

So in this post I do have a call to action for you the reader. Please pray for me and my family.